The population of the world is increasing and it will soon become about 8 billion in 25 years. While the population in developed countries like Sweden is expected to show certain stability or even a small reduction, the population of the developing countries like those of the south Asia including India will almost be doubled by that time. We may also find that the population is being urbanised at an alarming rate and soon in a limited number of years more than 30 cities of the world will have a population above 10 million inhabitants and most of these cities will be in the so called developing countries with insufficient water supply, waste management, pollution control, social security, employment opportunities, food security, sanitation and public health.

In spite of the enormous improvements in the methods of agriculture, animal husbandry and fisheries, a major portion of the world’s population living mainly in the developing countries of Asia, Africa and Latin America suffer from so called hidden hunger due to food shortage and malnutrition. Nearly 800 million people suffer from protein- and energy malnutrition, 47% of the women of the world mostly in developing countries have iron deficiency anaemia, about 900 million have iodine deficiency disorders and 40 million children are affected by vitamin-A deficiency every year leading to more or less permanent blindness.

More than ever before, it will be a matter of great concern for the governments of the world to know how to organise safe and secure food supply at a reasonable price to all the people. To achieve complete household food security with all what it means, we may have to resort to both extensive and intensive measures, bringing more area under cultivation as well as increase the efficiency of food production. However, previous experience shows that this cannot be done without causing serious environmental problems. In Europe <85% of the arable land, <90 % in Asia and <55% in North America is already used for production of food. Some surplus land suitable for cultivation is available only in South America, Africa and Australia. One must also remember that intensive agriculture by all means is like an industry not only in causing depletion of energy, water and other natural resources but also in causing pollution of environment with pesticides, acidic rain, nitrogen leaching and green house effect to mention a few.

In many ways Kerala is one of the most appropriate places for developing a network on sustainable development and that also by conducting a seminar on sustainable utilization of plant biomass. Kerala literally is also the land of coconut, a tree (a Kalpavriksham which means a tree that gives every thing for a living) every part of which is utilized for one or other purpose from food, feed, fuel and manure in a sustainable way from time immemorial. The very wealth of Kerala and also the primary means of living to its people is essentially the plants which are cultivated in the agricultural fields and those plants which are cultivated or growing wild in the forests. So many people, almost 1000/km2, live here in Kerala in a limited area and yet in spite of this, people have successfully created so many natural reserves for preservation of the biodiversity of plants and animals.

It is also a place where not only rationality and superstition, order and chaos, faith and atheism seem to co-exist but also politics of the left and the right and all the major religions of the world. It is also a place where rice and spice, Rubber and tapioca, coffee and tea, banana and pineapple, mangoes and jackfruit are grown not far away from each other. It is also a place where modern medical doctors and nurses are educated and send to foreign countries for doing bypass surgery in multistoried hospitals while people from foreign countries come in large numbers to meditate and get the treatment of their life at the traditional ayurvedic resorts coming up all over the beautiful hills and all along the seashores. It is also the place where a mountain is not very far from the sea and the paddy fields are not very far from the blue lagoons.

By many standards Kerala is a blessing from heaven to its people. The purpose of the network is also to discus in a humble but rational way how this blessing from heaven the “so called gods own country” can be managed well for the benefit of the future generations. The international seminar on sustainable utilisation of tropical plant bio mass conducted on 15th and 16th of Dec 2008 is the first of the series of seminars dealing with the aspects of sustainable development of Kerala the gods own country 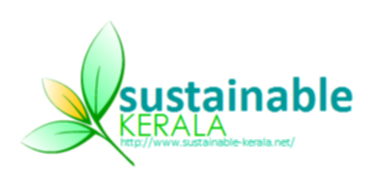